BY APRIL’S KISS AND THE
THE ARTEMIS CONNECTION 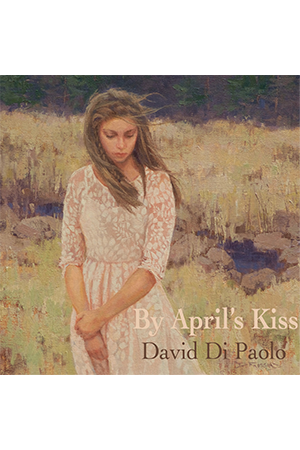 By April’s Kiss captures the classic poetic hero—the journeyman—as he continually searches for the elusive place we call “home.” David Di Paolo takes the reader along his own path of discovery, leading right up to the edge of darkness and back again. By April’s Kiss draws upon Di Paolo’s experiences of illness and loss with great wisdom and care, examining the essence of life once all the layers of the world are stripped away. With poetry, photography by Di Paolo, and the addition of artwork from Diane Frossard, By April’s Kiss is sure to become a staple in every reader’s library. 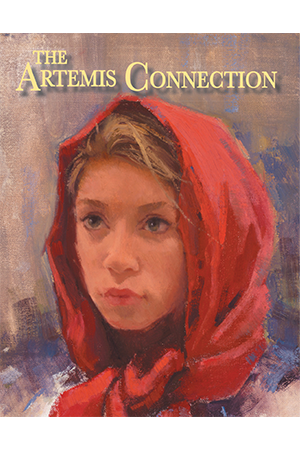 She doesn’t believe in ghosts. She doesn’t believe in witches or curses or spells. The doctor doesn’t believe in anything that science can’t explain, but Diana Valleverde is about to learn that knowledge is an evolving proposition. Her research into brain function is uncovering secrets within the mind, but none like the one kept hidden from her since before she was born. When her brother, a curator at the university museum, gives her a family keepsake from their recently deceased grandmother, Diana begins a journey that will take her from Pennsylvania to Milan and the Italian Alps, to discover what lies hidden inside and what has caused her recent affliction by what she knows must be sleep paralysis attacks, a frightening condition in which she awakens, unable to move or cry out, with the overwhelming sense something unseen is suffocating her. There must be a medical explanation for these attacks. There must be . . . Right? 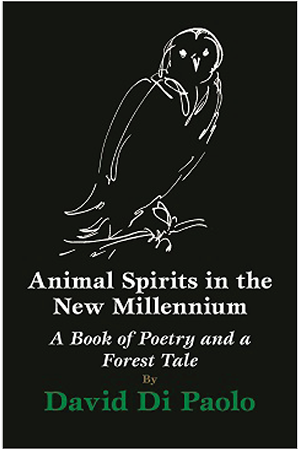 ANIMAL SPIRITS
IN THE NEW MILLENNIUM

A Book of Poetry and a Forest Tale

In his return to poetry, David Di Paolo brilliantly examines the socially-charged topics of our times through a collection of poems, a short story, and music. Animal Spirits navigates through our sometimes volatile and divided existence through the symbolism and wisdom of the animals around us, allowing us to gain insight from their life lessons. With lovely artwork from Dace Kidd, Animal Spirits captures the essence of our humanity, and what the totems from our history can teach us about ourselves.

In Di Paolo’s debut fantasy, a family secret and a mysterious curse lead a skeptic on a whirlwind journey into Italy to discover the real truth. Dr. Diana Valleverde is a woman of science, but her deep-seated convictions are about to be challenged. Her brother Marco, a curator at the University of Philadelphia Museum of Archaeology, is working on an exhibit about the long-lost Mi’Ki’Passa Native American tribe, whose surviving members are only now stepping into the public eye. He’s convinced the museum is haunted. Diana doesn’t believe in hauntings, but her mind starts to change when she meets Hannah, a Mi’Ki’Passa med student with unexplainable abilities. When Diana travels to Italy for a conference and brings along a mysterious box that belonged to her late grandmother, all hell breaks loose. She begins having episodes of sleep paralysis involving menacing hallucinations, she discovers that a curse was put on her as a child, and a stranger threatens her brother’s life unless Diana turns over the box. Soon after finding herself back in the Italian village where she was born, she’s surprised to discover that her medical degree may have more to do with all of this than she thought. Although there are a lot of story elements to take in, Di Paolo deftly weaves the various plot threads together, creating an enjoyable, well-crafted mystery that whisks the reader from Philadelphia to Milan to a small village in the Italian mountains, all while exploring both Italian and Native American folklore. The fantasy elements, which are subtly teased out until the end, may occur a bit abruptly for some readers’ tastes—and the idea of magical Native Americans is well-trodden—the journey makes for a fun read. Diana’s a compelling main character who strikes just the right balance between Mulder and Scully. An imaginative fantasy that has fun weaving together folklore, medicine, and ancient curses, providing a fresh twist on a classic formula.